Tom had played with Dunfermline Athletic, Hamilton Academical, Alloa Athletic, Dumbarton and Walsall before signing for United. He was an ever present in the line up for the rest of the season, and became top scorer. In the following campaign, he played less frequently and was offered a free transfer in January 1956. There were no offers and he was released three months later. 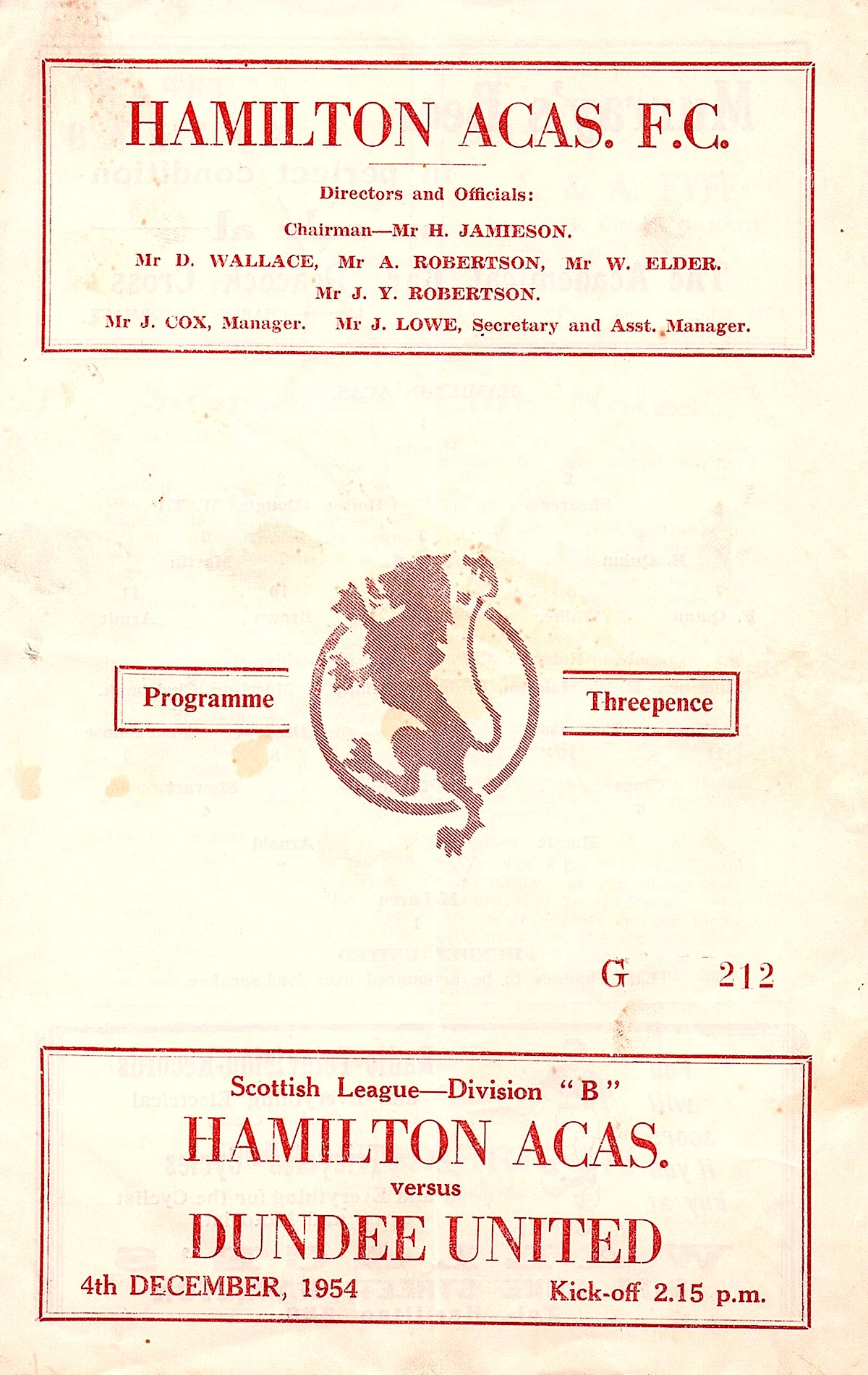