Andy signed from Newburgh Juniors and played his first two matches for United as a trialist and then signed. He was frequently in the line up in the remaining games that season. Re-signed for 1959-60, he played just a handful of reserve games and was released at the end of the season. 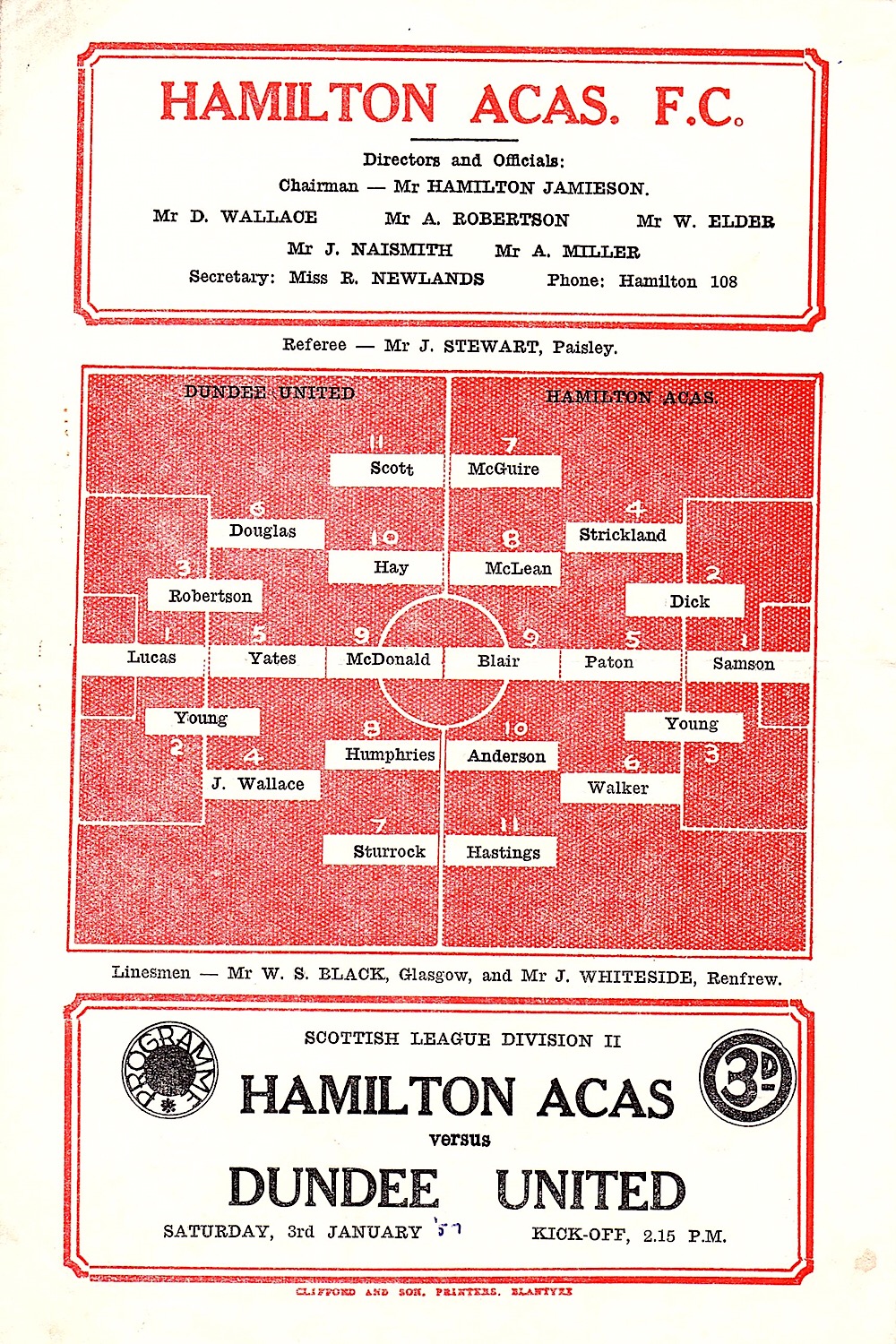