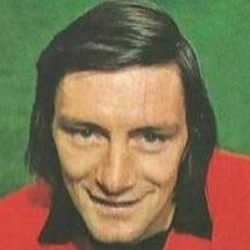 The Dunfermline born player appeared for Beath High, Dunfermline Schools and Cowdenbeath Royals before being called up to Cowdenbeath in October 1961. After just one season at Central Park, he was released when the reserve team was scrapped, and he signed for junior side Dundonald Bluebell. When the family moved to England, he had a short spell with Crewe Alexandra before returning home to Fife, signing for Cowdenbeath for a second time in 1964. This time he was a regular in the first team, quickly becoming a much sought after overlapping full-back.

United, along with Rangers and Clyde, were interested in signing Andy, and he finally arrived at Tannadice in September 1967 in a fee reported at £10,000, making his first team debut the next day against Airdrieonians at Broomfield. Originally playing at both inside forward slots, by March 1968 he was playing at right-back - a position he would dominate for the next eleven seasons. Nicknamed ‘The Major’ due to his vocal presence on the park, his strong running and tough tackling made him a huge favourite with the fans. He also drew the attention of the referees receiving a red car in an end of season tour of Norway at the end of his first season, and again against Juventus in a tour of America at the end of 1968-69 season. His disciplinary record attracted negative publicity, causing him to request a transfer in early 1970 which was thankfully withdrawn soon after.

A prolific scorer during his time with United, Andy scored twice in a game on three separate occasions, grabbing a brace against Dunfermline in December 1969, and against Motherwell and Dundee in September 1971. The high point of his United career was undoubtably his involvement in the Club's run to their first ever Scottish Cup final appearance in 1974. Andy played in every round, although was an unused substitute in the semi-final replay against Hearts at Hampden and came off the bench in the final against Celtic to collect a runners-up medal. Andy also took part in many of the Club's early European adventures, playing in the Fairs Cup, European Cup Winners Cup and the UEFA Cup, facing the likes of Newcastle United, Grasshoppers of Zurich, Sparta Prague, Juil Petrosani of Romania, Bursaspor or Turkey, Iceland's Keflavik and Porto. In November 1975, he broke Club rules by moving out of Dundee with his family to live in Glenrothes, going against Jim McLean's rule of players having to live within a certain distance of the city. He was briefly suspended until a compromise agreement was reached. He received international recognition in March 1976 when he played for the Scottish League side against their English counterparts in the last of the inter League internationals.

The long serving defender was released at the end of the 1977-78 season and went to play in America for Fort Lauderdale Strikers and Los Angeles Aztecs, where he was involved in a swap deal with George Best. He returned to Scotland to sign for Dunfermline, and after manager Harry Melrose became ill, Andy took over as coach and led the East End Park club to promotion to the First Division, scoring the decisive goal from the penalty spot in the final match of the season. He returned to Cowdenbeath for a third spell in 1979, and was appointed player-manager in 1980, taking them to the brink of promotion on the last day of the season where they just fell short, with Andy this time missing the penalty that would have taken them up. He then returned to the junior ranks, playing for Newburgh, Leven and Thornton before hanging up his boots at the age of 45.

Andy appears in joint eighth place, alongside Eamonn Bannon, on United's all-time appearance list, and was inducted into the Dundee United Hall of Fame in January 2009. 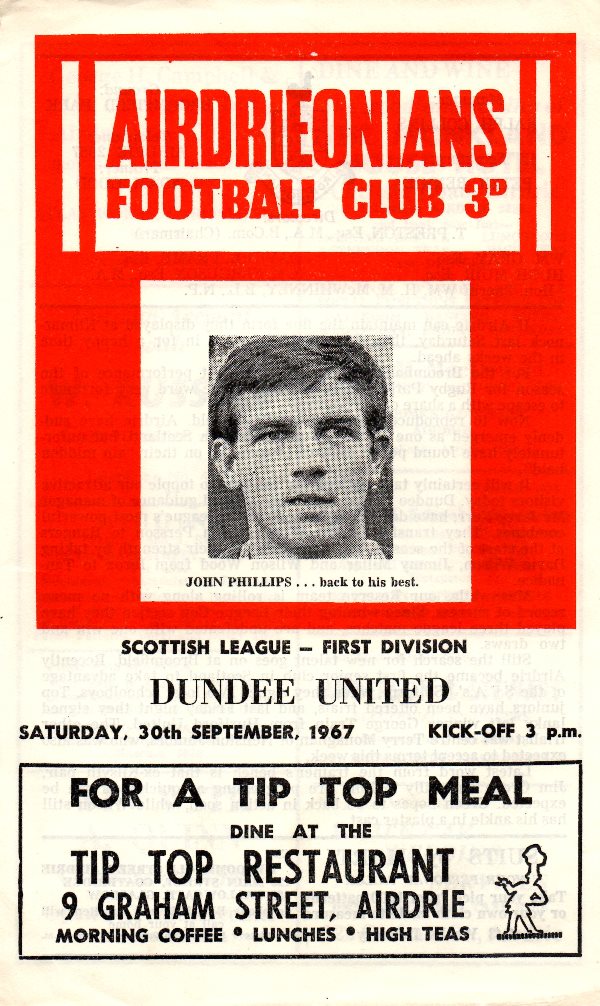