Billy was with St Mirren and Morton before he came to Tannadice. He played in almost every defensive position during his time with United. In October 1972 he was transfer listed and left to join Raith Rovers shortly afterwards.

Thanks to Sean Crowe for additional info. 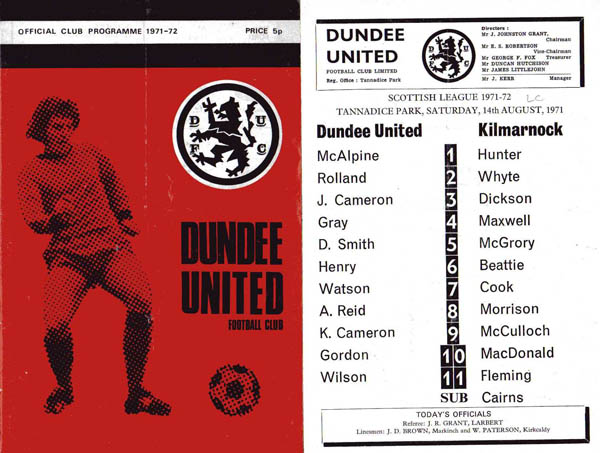